Simple and creamy Leek and Potato Soup is a French classic that my whole family loves!  Its easy to make and delicious!

I’ve been on a French food kick lately, and this delicious soup always hits the spot for dinner in our family. If you love soup recipes, I have dozens of great ones like easy Lasagna Soup or this Perfect Corn Chowder. 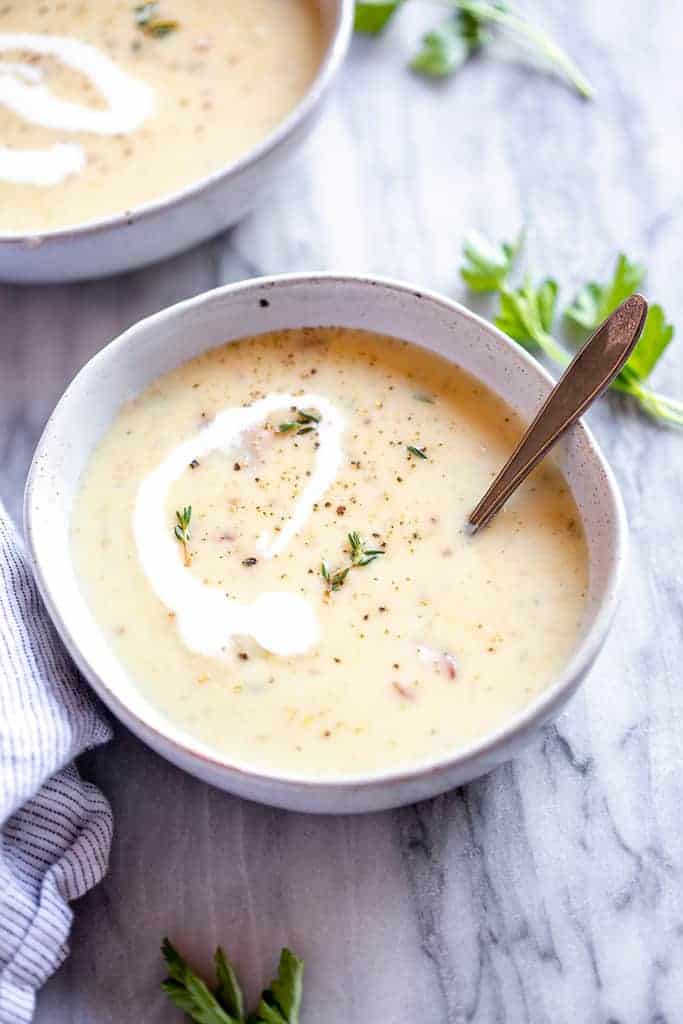 I love the simplicity of this Leek and Potato Soup and it’s absolutely perfect for a cold winters day! It’s my three-year-old’s favorite soup recipe and I love to make a big batch for us to enjoy leftovers throughout the week. Don’t miss my instructions for adapting it for the slow cooker and instant pot or any dietary restrictions.

Leeks: Choose big, crisp ones. Chop off the dark green stems so you’re left with the white and light green end.

Potatoes: Yukon gold are preferred but russet potatoes could also be used.

Bacon: The bacon gets sautéed first to render the fat and add some flavorful bacon grease for sautéing the potatoes and leeks. Bacon can be omitted from the recipe, if desired.

White wine: Optional, but the alcohol cooks out, and it adds great depth of flavor!

Heavy cream: or substitute whole milk or half and half.

How to chop leeks:

1. Cut the ends.  Cut off the small root end of the leek and the thick, dark-green leaves.

2. Rinse. Rinse the remaining light green and white leek with water, checking for any dirt in the cracks.

3. Chop.  Chop the leeks thinly, much like you would onions or celery. 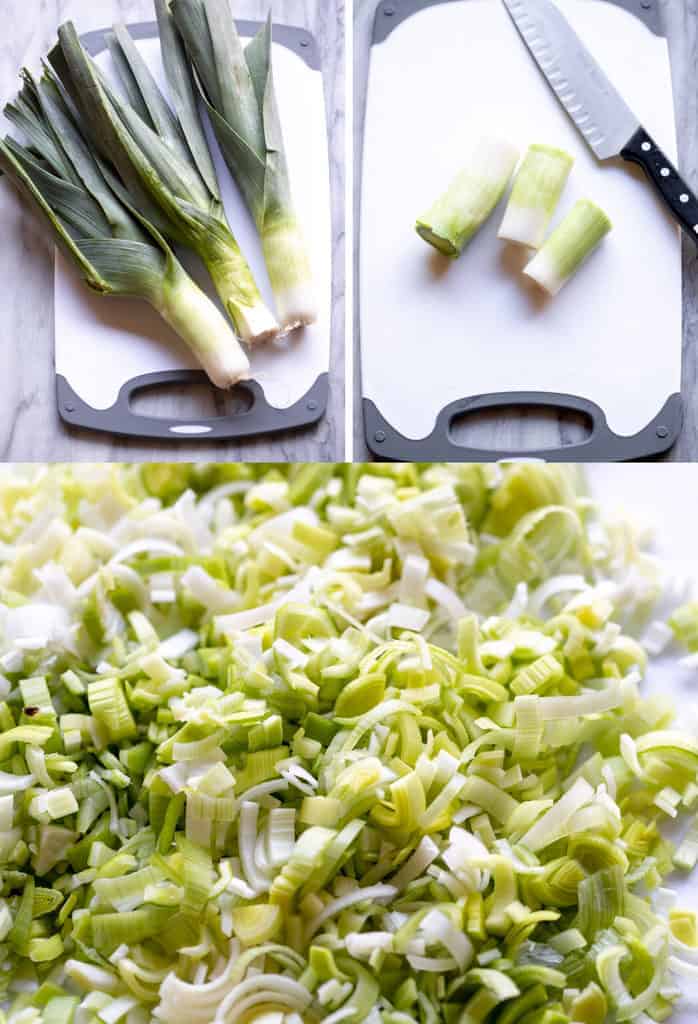 How to make Leek and Potato Soup:

1. Cook bacon. In a heavy pan, melt the butter and add the bacon. Cook bacon until crisp and the fat is rendered off into the pan.

2. Add leeks and potatoes.  Cook until the leeks are soft. 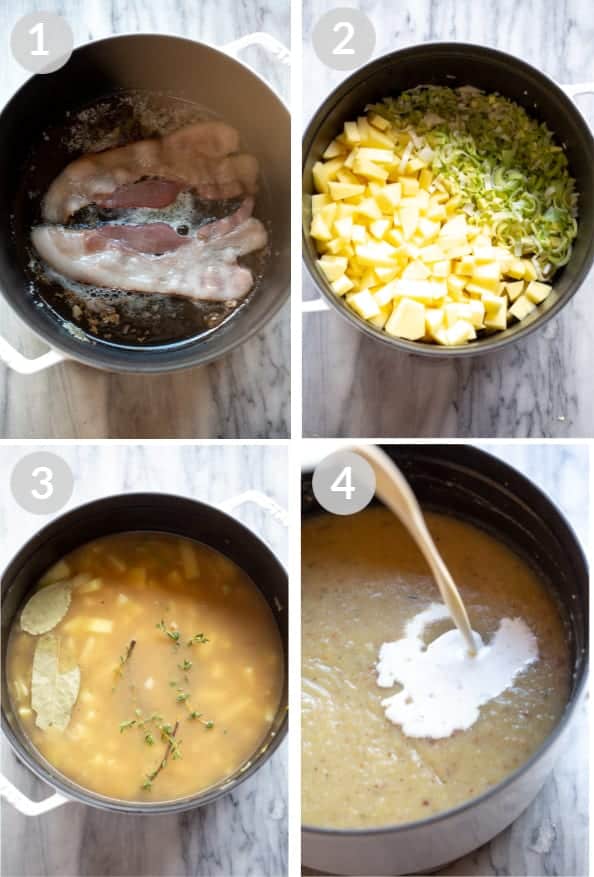 3. Add white wine, stock, bay leaves, & thyme. Simmer until the potatoes are very soft. Blend the soup with an emersion blender until creamy with just a few chunks.

4. Add cream. Remove from heat and cool slightly before adding the cream (so it cream doesn’t curdle) or temper the cream before adding it to the hot soup. Taste and season with additional salt and pepper, if needed, or a sprinkle of crushed red pepper or hot sauce, if desired. 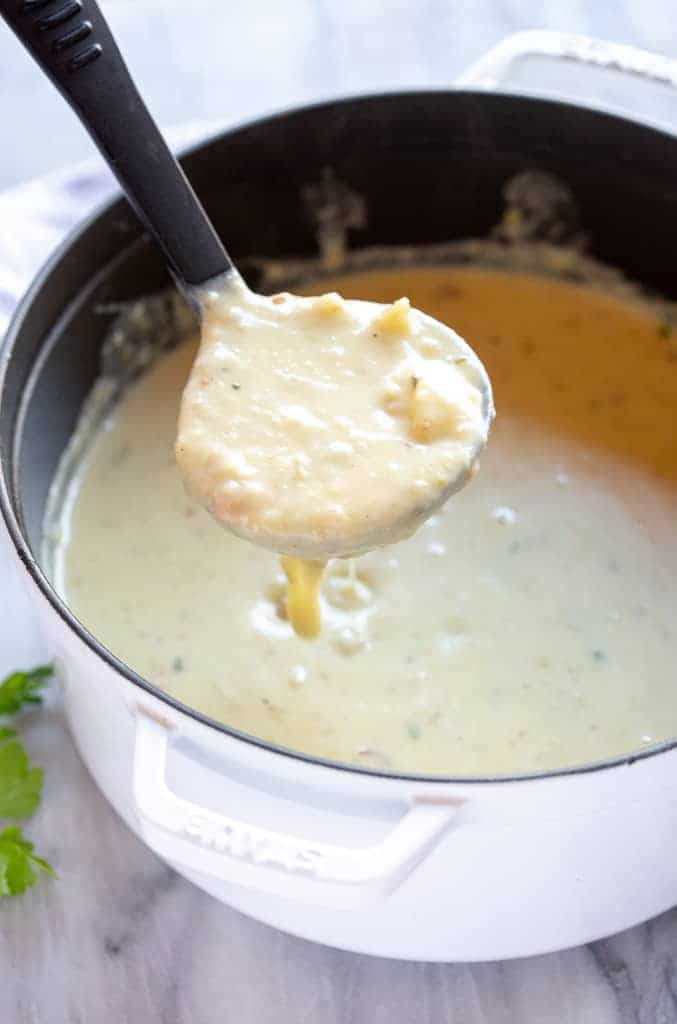 Serve Leek and Potato Soup with: 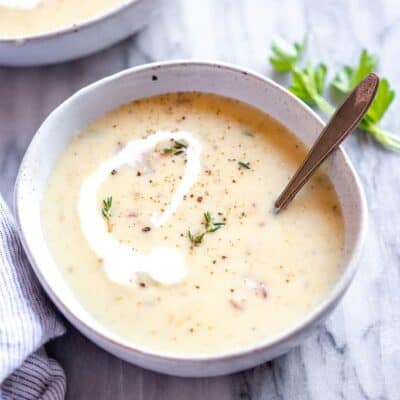 Instant Pot: Turn instant pot to sauté. Add butter to the pot. Once melted add bacon. Once cooked, add leaks and potatoes and cook until leaks are softened. Season with salt and pepper. Deglaze pan with wine, if using. Add stock, bay leaves and thyme.
Cook on manual, high pressure, for 9 minutes. Quick release and turn pot off. Blend soup lightly with an emersion blender. Stir in cream. Slow Cooker: Saute bacon in butter. Add leeks and cook until tender. Deglaze pan with wine, if using. Add everything to slow cooker along with potatoes, stock, thyme, bay leaves and salt and pepper. Cook on low for 6-8 hours or high for 3-5 hours, until potatoes are tender. Stir in cream. Taste and season if needed. Vegan: substitute plant butter or coconut oil for the butter, omit the bacon, and substitute the cream with cashew cream. Vegetarian: This soup can be made vegetarian by simply omitting the bacon and substituting vegetable broth in place of chicken broth. Gluten free: unlike some potato leek soup that is made using flour, this dish is gluten free :). Dairy free: substitute plant butter or coconut oil for the butter and substitute the cream with cashew cream. Make-ahead instructions: This soup can be made ahead and stored in the fridge for up to 3 days. If the soup is overly thick when rewarmed, add a splash of milk or cream. Taste and add additional salt, pepper, or thyme, as needed. Freezing Instructions: You can freeze leek and potato soup for up to 3 months, but don't add the cream. Allow the soup to cool, then add to a freezer safe container. Thaw in the fridge overnight or warm from frozen on the stovetop. Once warm, stir in the cream. 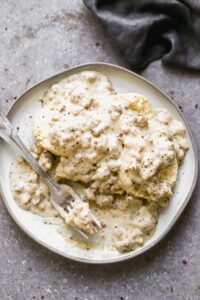 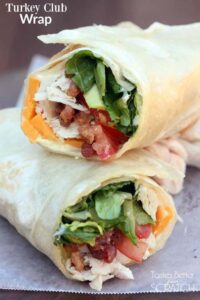 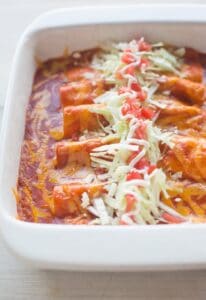 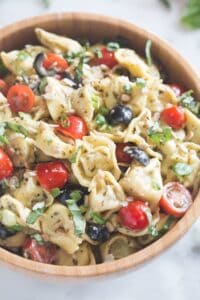