I look for any excuse to make my favorite pie recipes.  Lemon Sour Cream Pie and Triple Berry Pie will always be my favorite but my husband loves this Chocolate Mousse Cheesecake Pie.  Honestly, you can’t go wrong with any of them! One taste of this Coconut Cream Pie and you’ll never be able to enjoy a store-bought version again! 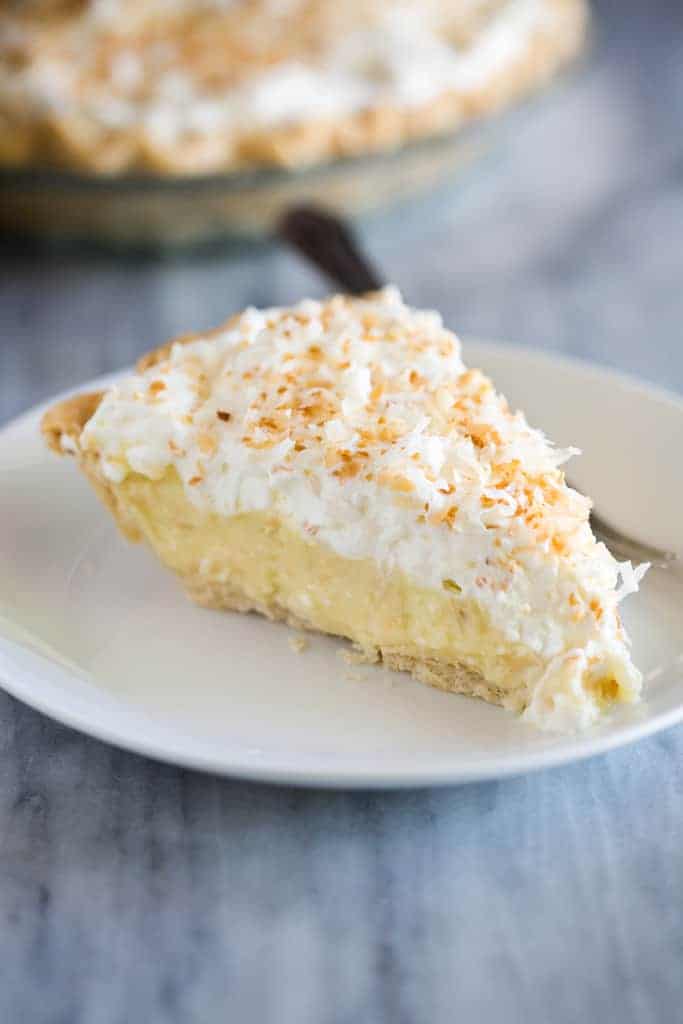 I grew up in a big family, with a HUGE extended family. We’re talking like 30 cousins, just on my mom’s side of the family. Needless to say, each Easter and Thanksgiving includes just about every Homemade Pie option under the sun!

I was so accustomed to it that I thought all families had dozens of pie choices at their Thanksgiving party.  I feel like no matter how many people there are at the party, you’ve still got to have a bunch of pies, right? I like to try a small piece of a few different kinds.

This coconut cream pie is a classic, old-fashioned recipe that deserves a seat at any party! The homemade filling is incredible, with the perfect texture and flavor that’s not overly sweet. I can’t wait for you to try it!

What is Coconut Cream Pie Made of?

The ingredients in coconut cream pie include: 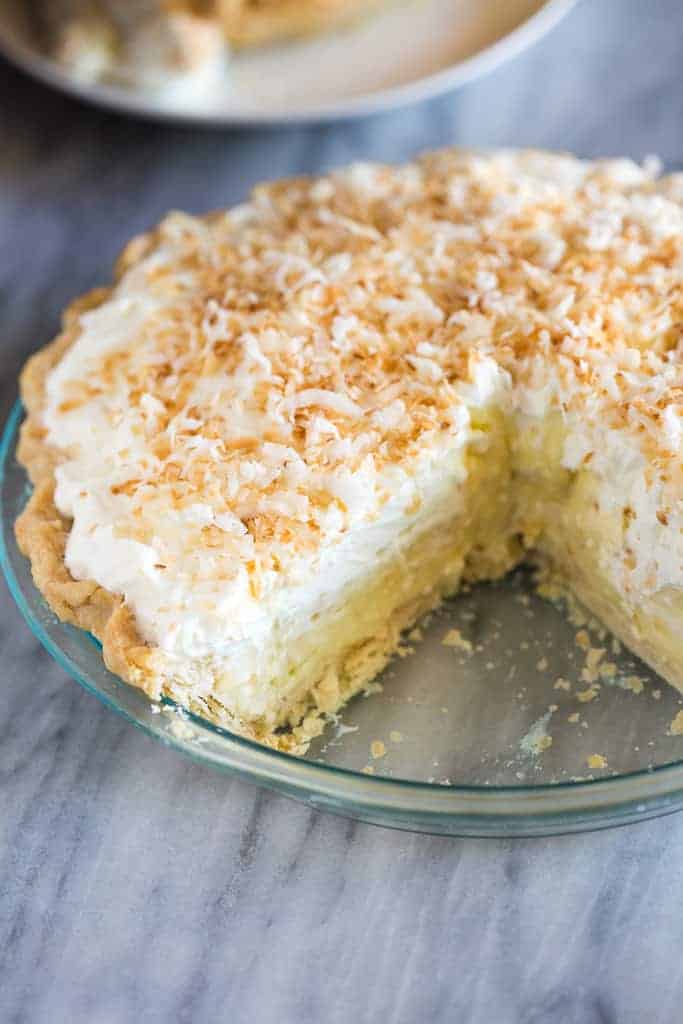 How to Toast Coconut:

I love to toast the coconut before adding it to the pie filling and topping. Toasting coconut adds a really great depth of flavor and “nuttiness”. I’ve found the simplest way to toast coconut is on the stovetop. 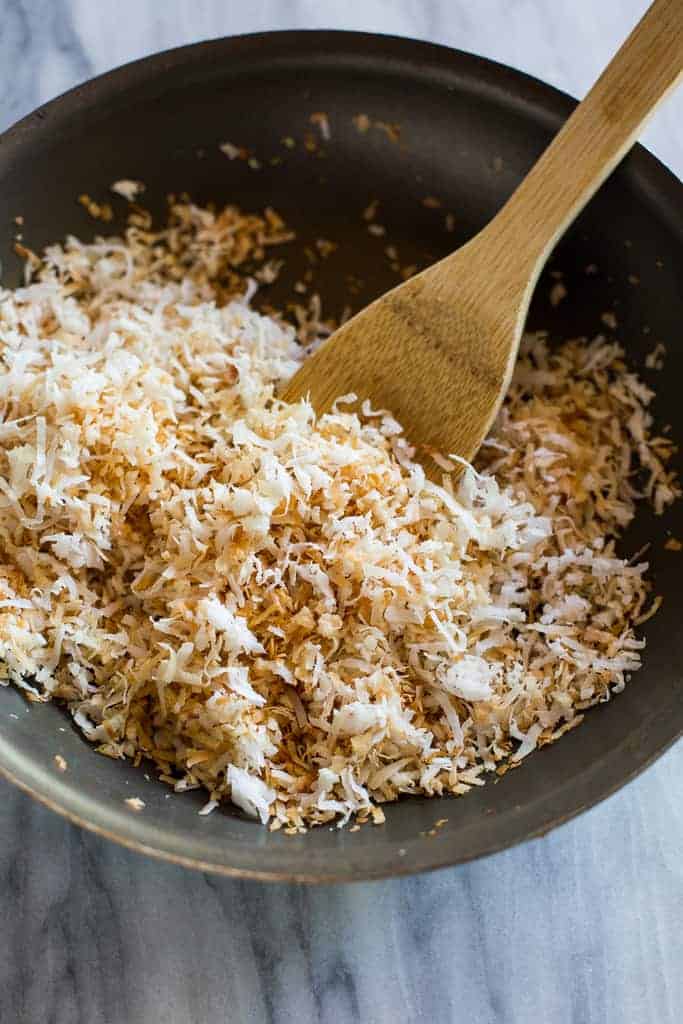 How to Make Coconut Cream Pie: 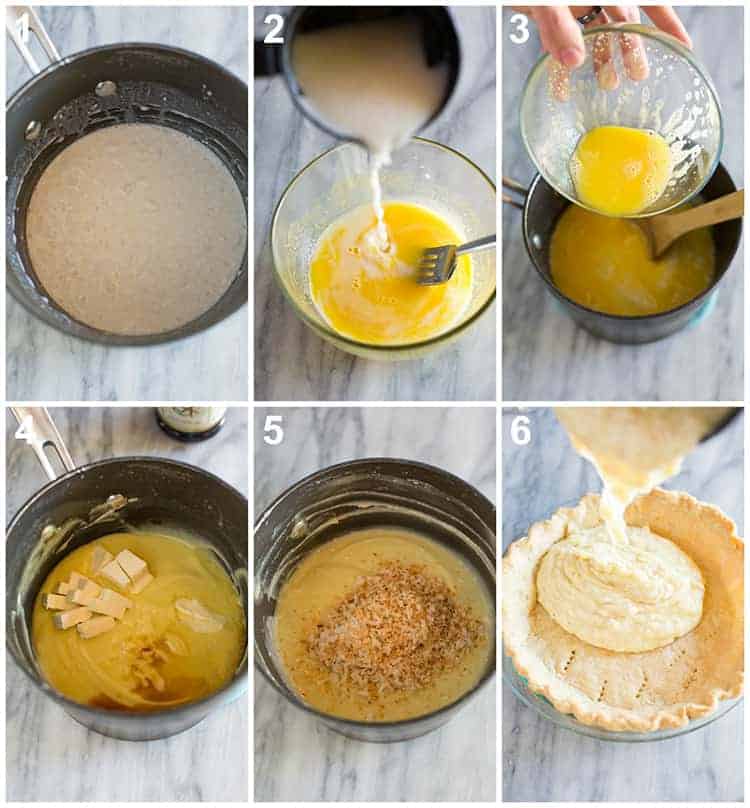 How to store coconut cream pie:

Store coconut cream pie in the refrigerator for 2-3 days. 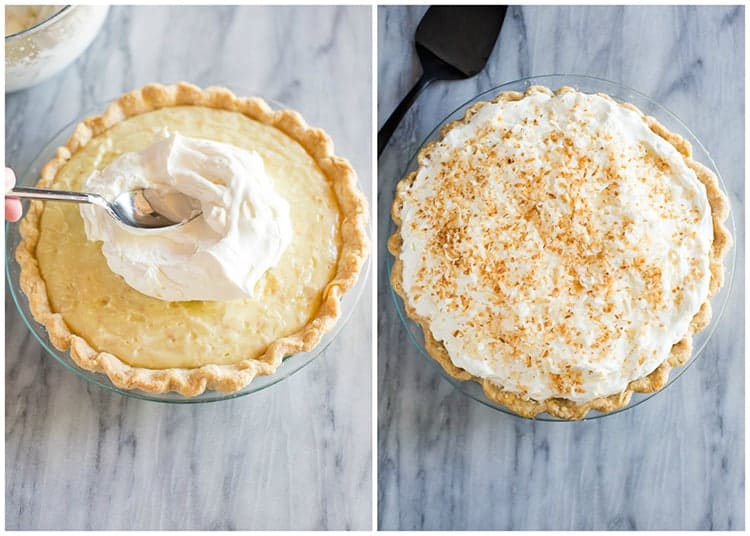 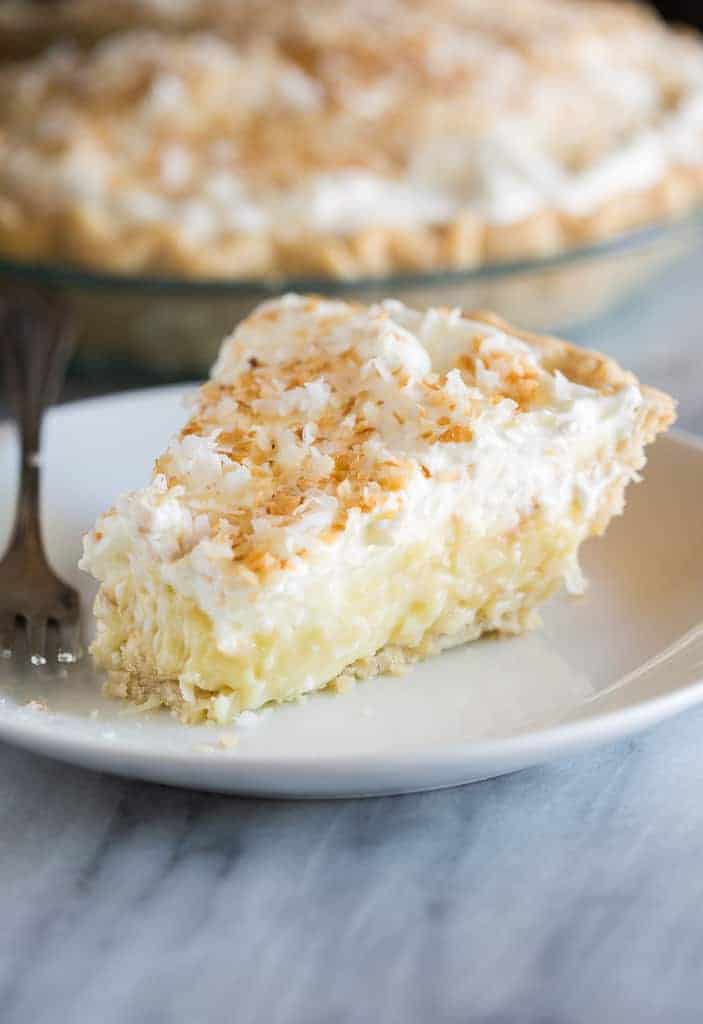 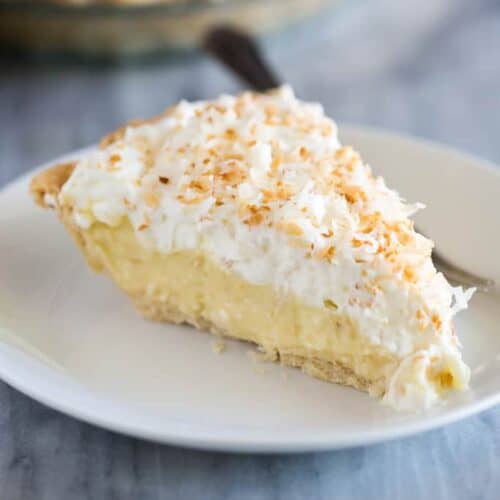 *You could also use graham cracker crust or Vanilla Wafer Crust Recipe adapted from Cooking Classy. 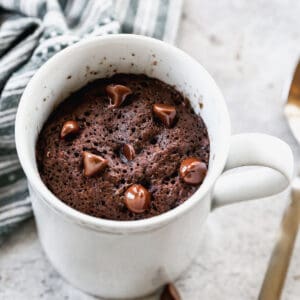 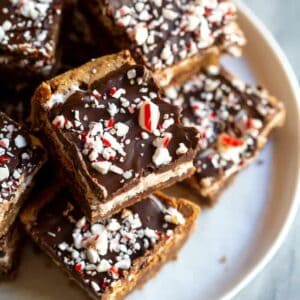 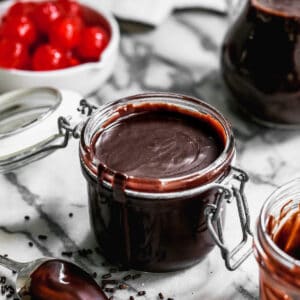 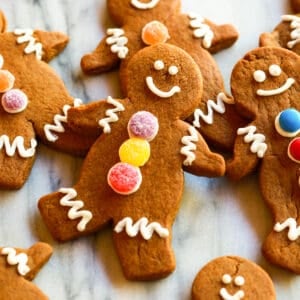 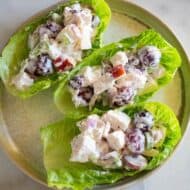 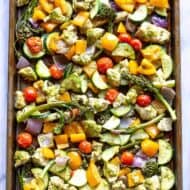 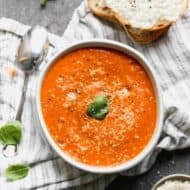 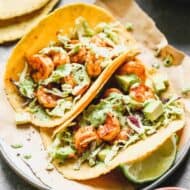 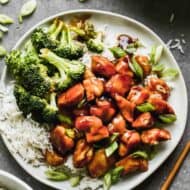 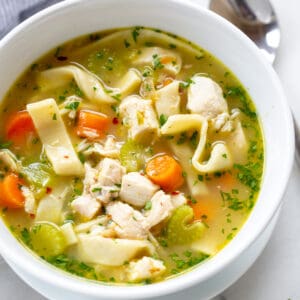 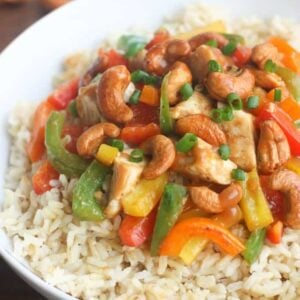 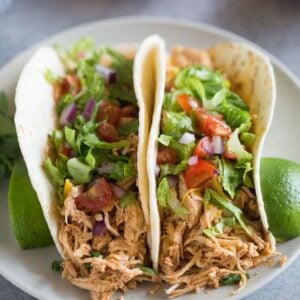